WE'VE GOT BIG ASPIRATIONS.
WE'RE ON A MISSION TO GROW AND INCREASE ACCESS TO (SNOW) SPORTS.
WE HELP CHILDREN AND ADULTS DEVELOP LIFE SKILLS THROUGH SPORT.
​OUR LOFTY GOALS REQUIRE AN AMAZING TEAM.
AFTERALL, TEAMWORK DOES MAKE THE DREAM WORK.
​PLEASE MEET THEM BELOW.
RACHEL BAUER
PROGRAM COACH 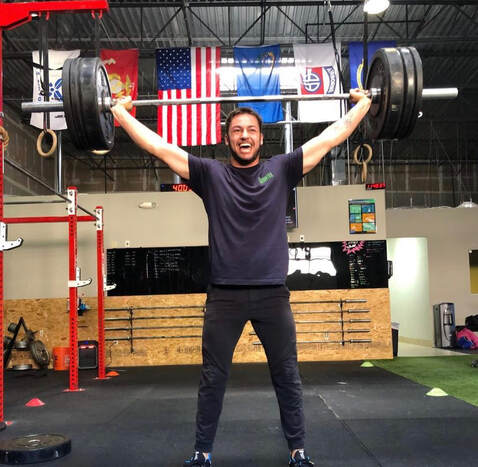 Alex was raised in Las Vegas, Nevada where he would spend much of his time outdoors. Growing up in an active family, he was always outside hiking, running, or biking with his two brothers. His parents were also extremely fit and always encouraged he and his siblings to stay active and healthy. He continued to realize the importance of an active lifestyle in high school when he began working out at a functional fitness gym in North Las Vegas. Since moving to Reno, Alex continues to both live and learn the benefits related to physical activity. Currently, he is majoring in Kinesiology at The University of Nevada, Reno and he plans to attend graduate school to become a physical therapist. Alex also works at a local gym coaching functional fitness and weightlifting as a CF-L2 trainer. Alex is always looking for new opportunities to become better educated as it relates to health and movement. As a coach, Alex loves teaching people how to move safely and motivating them to reach their goals. He hopes to encourage many more people to get outside and move on a daily basis. In his free time, he enjoys working out, playing piano, riding his mountain bike, and exploring the outdoors. Alex is excited to be a part of the Skiing is Believing team to help instill in others the love of fitness, health and sport, all while having fun!
JOLING CAMPO
CAMP COUNSELOR & PROGRAM COACH
Jo grew up in the suburbs of Boston, spending most of her time exploring the woods and trails near her house, as well as the mountains of New England. She learned how to ski at a young age, but only fell in love with it when she moved out west in 2017. Her love for the outdoors grew through trail running and continued to expand from there. She attended Eckerd College in Saint Petersburg, Florida, graduating in 2016 with degrees in Biology and Environmental Studies to pursue her passion for the outdoors and protecting and preserving the fragile environments that surround them. She started her work as a bird biologist on the beaches of Florida, monitoring fragile bird species and researching predation rates. During her time in FL, she obtained her SDI open water dive cert, and spent much of her free time wakeboarding, surfing and free diving. Eventually, she realized she missed the mountains and took the first field job she could get out west. She worked for the National Park Service on Alcatraz Island as a bird biologist, and gradually transitioned from field world and conservation to the world of outdoor education and youth development. She moved to Reno in 2019 to be closer to the mountains. She has since worked as a STEM instructor and coordinator, environmental educator, climbing instructor, ski instructor, MTB coach and instructor among a variety of different non-profits throughout the Reno-Tahoe area, coordinating programs focused on utilizing the outdoors to empower youth to build confidence, life skills, and find their own passion for the outdoors. She has worked in the non-profit industry for over six years and continues to do so with work through Skiing is Believing, along with Gateway Mountain Center.  She continues to chase her passion and belief that the outdoors is truly for everyone; fighting for increased access and opportunities for all to experience the same activities she loves, while prioritizing conservation and stewardship of these areas. She loves the Sierras and is constantly chasing adventure in the mountains-whether it be skiing, biking or climbing. Jo is just stoked to be outdoors. She is also a certified BICP Ride Leader. ​ 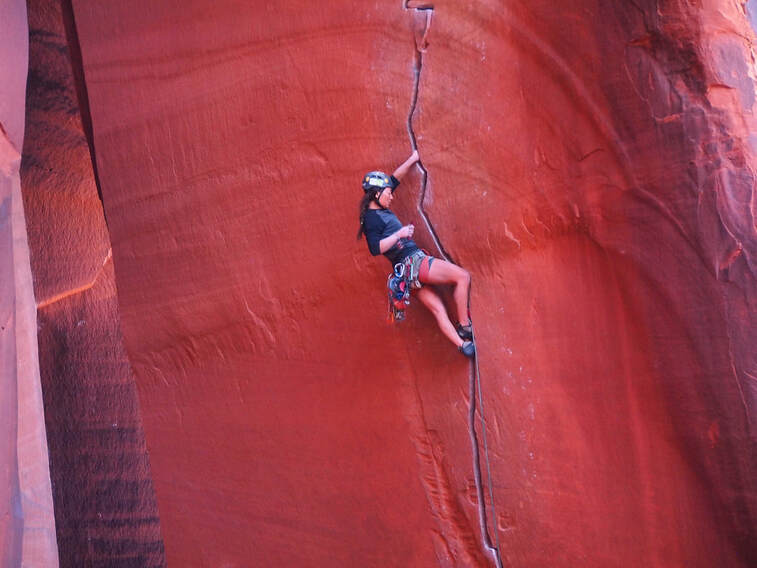 MICHAEL ESENARRO
CAMP COUNSELOR & PROGRAM COACH
KARALINE GRIFFIN
PROGRAM COACH
ANDREW INGERSOLL
PROGRAM COACH
Andrew Ingersoll's passion for the outdoors started at a young age in the foothills of Denver, Colorado. By the age of four, he'd learned to ride a bike and the sport has been his primary passion ever since. Andrew raced and worked as a bike technician through high school, competing in downhill, 4X, dual slalom, and BMX for Team Orbit in the Mountain States Cup Series. Andrew left Colorado to become a Navy Seabee heavy equipment mechanic from 2009 until 2014, deploying in Afghanistan, Spain, and Japan. After leaving the Navy, he moved to Reno, where his parents had retired, to continue his outdoor passions. Andrew taught skiing at Diamond Peak before becoming a ski patroller at Mt. Rose in 2016. Andrew continues to ski patrol during the winter and looks forward to the opportunity to share his enthusiasm for mountain biking with a new generation of young athletes through the Skiing is Believing coaching programs. SUZY JOHNSON
CAMP COUNSELOR
​Suzy hails from Eugene, Oregon, where growing up she competed in track and field, volleyball and basketball. By high school, she began narrowing her focus by specializing in track and field, and in college competed in Division 1 PAC-10 for the University of Oregon in the high jump and 800 meters. It wasn’t until the year 2000 that she discovered snowboarding which became her main pursuit in all of the winters since. In 2021, she joined the Ski School at Mt Rose Ski Tahoe, gaining her Level One Snowboard Instructor Certification from the American Association of Snowboard Instructors (AASI). Instructing snowboarders of all ages and all levels has become her passion, which she has now expanded to include all-season board sports including electric one wheels and longboards. She has acquired a small fleet of assorted powered boards, or as she calls them trucks, which she uses to teach a variety of side ride sports under the Skiing Is Believing umbrella. Applying and developing AASI techniques, she supports riders’ development of their flat terrain and alpine skills in multiple board sport applications. Suzy is thrilled to be a part of the SIB team! 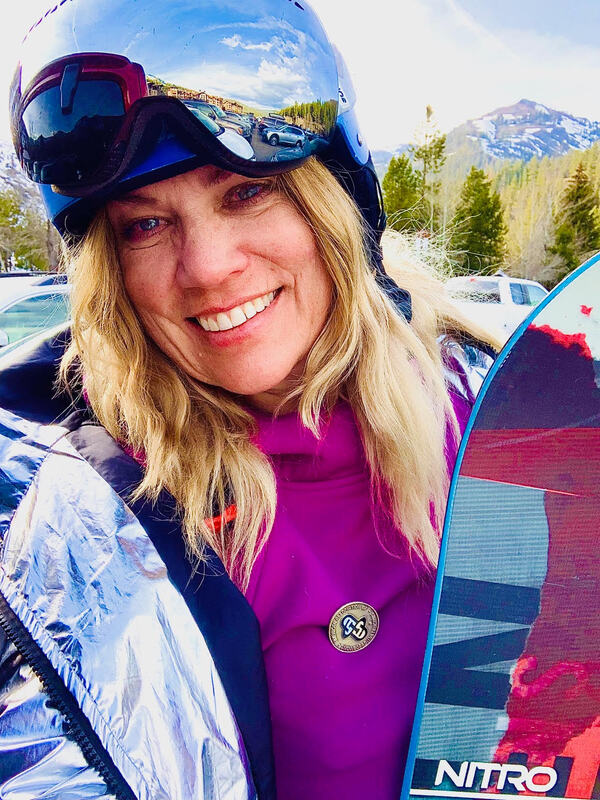 AIDEN LAJOIE
ADMINISTRATIVE ASSISTANT, SKI INSTRUCTOR & CAMP COUNSELOR
LUCAS MIERS
PROGRAM COACH
Lucas Miers was born and raised in Reno, Nevada and grew up playing all sorts of sports. As he got older, he narrowed down his long list of favorites, to just three, skiing, biking, and lacrosse. Lucas attended Galena High School and graduated in 2021 and is currently attending the University of Nevada, Reno as a biology major. Outside of school, he races mountain bikes professionally. He is a second -year pro and has competed in many national championships. Lucas loves to travel and experience new things. He helps coach the Galena NICA team and also the Reno Tahoe Junior Cycling club rides. For Skiing is Believing, Lucas coaches The Summit Camps and Downhill Devils programs.  His goal is to pass on some of his experience and skills to younger kids. Inspiring others is one of his biggest aspirations and doing it through cycling is even better! 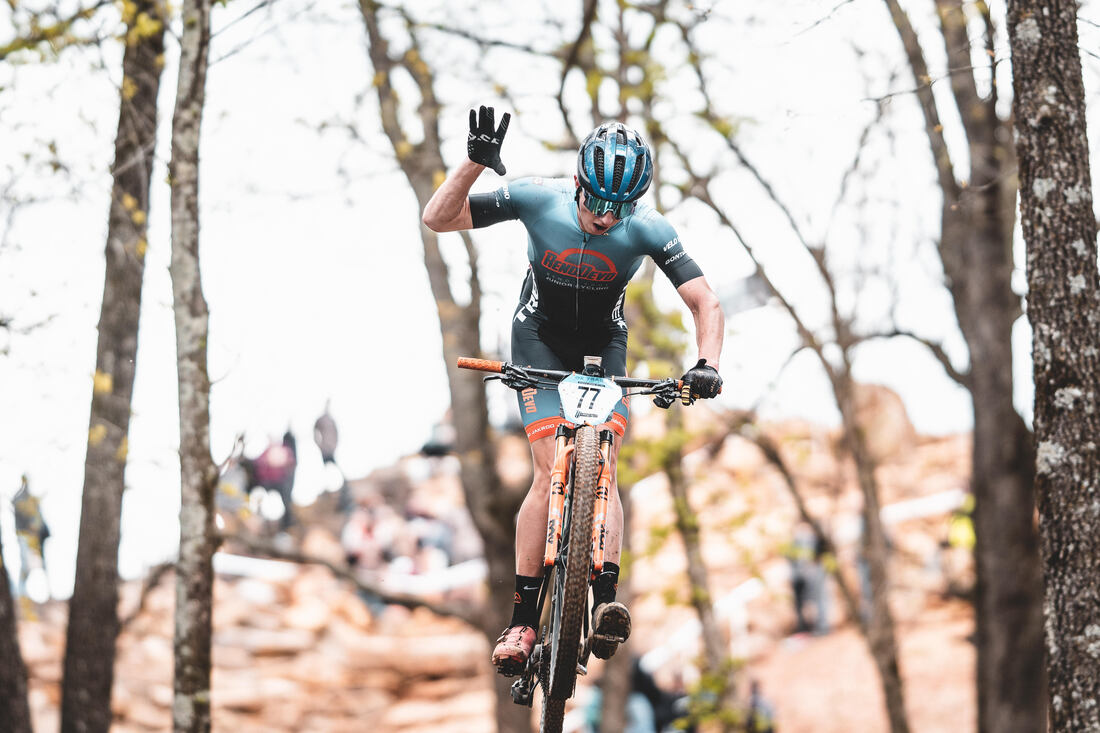 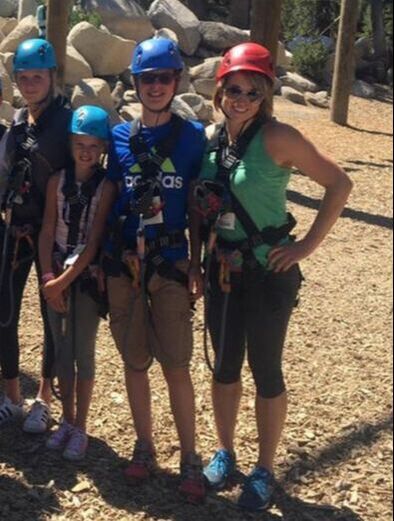 Meghan has been an extremely physical and active person her whole life. As a child, Meghan competed in many sports, her favorites being softball and competitive cheer. At the age of 18, she got her first paid job as a tumbling and gymnastics coach and has been involved in coaching various athletics since. Meghan grew up skiing, but not competitively. After college, she discovered competitive skiing and became an instructor and eventually, a coach. As an adult, Meghan realized if she had grown up without sport, she would be half of the woman that she is today. Soon after this life-changing revelation, Skiing is Believing camps and programs were born. Today she spends most of her time coaching children and instructing women on snow. She is a Level 200 U.S Ski & Snowboard Coach and a trainer at her local resort where she coaches and instructs full time in the winter. On snow, she is also a Level 3 PSIA-AASI certified ski instructor. Additionally, she is also an ambassador of the Rollerblade 'Skate to Ski' Program and a Level 1-Skate IA instructor. When she is not coaching on snow, or instructing in the transfer sport of inline skating, Meghan also spends a lot of time coaching athletes at a local functional fitness and weightlifting gym. She is a CF-L2 Trainer, a USAW Level 1 Coach and a Certified Adaptive & Inclusive Trainer (ATA). She is also a certified BICP Ride Leader. Meghan fervently believes in the power of physical activity to not only promote health within the body but also develop crucial life and coping skills that can be used in nearly any environment at any age. This belief is the foundation of all Skiing is Believing camps, coaching programs and after school activities.
​
Learn more about our founder Meghan and some of her work and travels here: